Jaguars lose LB Myles Jack for the remainder of the season 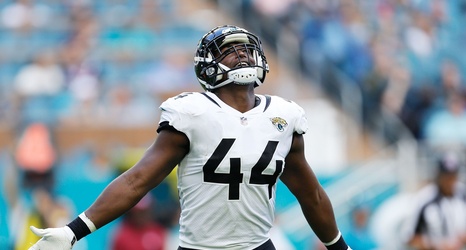 The Jacksonville Jaguars have announced that middle linebacker Myles Jack has been placed on season-ending injured reserve for a left knee injury. The move is just another blow to the team’s defense that has dealt with injuries the majority of this season.

Per ESPN.com, “Jack sat out last week’s game against Tampa Bay with the injury for the first time in his career and did not practice on Wednesday. He had appeared in 59 consecutive games since the Jaguars selected him in the second round in 2016.”

To fill his spot on the roster, the team has announced they have signed Joe Giles-Harris to the active roster.