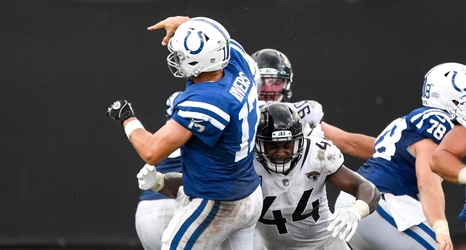 There’s no question Myles Jack had success as a weak-side (Will) linebacker in the season opener on Sunday versus the Indianapolis Colts.

The Jaguars’ second-round selection from 2016 has been the subject of heavy criticism over the past two seasons while manning the middle, but a mid-career position switch may reignite the fire that seemed to fuel him during his first two years in the NFL.

Last season, Jack signed a lucrative four-year contract extension with $57M with $33M in guarantees. On the year, Jack played in just 11 games due to injuries, and in the games he did play in, his struggles to man the middle were evident, likely due to how much was put on him as the team’s quarterback of the defense.