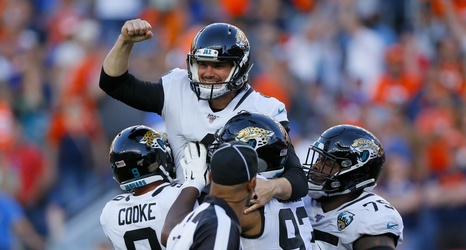 Josh Lambo was responsible for 14 of the Jaguars 26 points on Sunday, including the game-winning 33-yarder as time expired to give the Jaguars the win on Sunday afternoon. For his efforts, he was recognized as the AFC Special Teams Player of the Week.

Lambo has been as automatic as can be since the Jaguars signed him off the street as a free agent in the middle of the 2017 season.