Jaguars face the Titans: Predicting the score on Thursday night 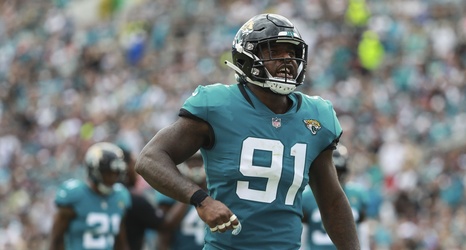 Gardner Minshew continues to impress the Jaguars coaching staff. Offensive Coordinator John DeFilippo told the media in his weekly presser on Tuesday the rookie quarterback is still making adjustments to the NFL, but he is doing it that helps this football team.

When asked about what makes Minshew’s progress impressive, DeFilippo, in his first season as OC here in Jacksonville, said it the little things the first-year signal-caller does in the huddle and the changes he makes during the game that has proven successful.

“There were about 10-12 plays where we were up against the play clock where it was, two, one [seconds], ball was snapped, where that wasn’t the case this week.