Jaguars could play without safety Ronnie Harrison once again 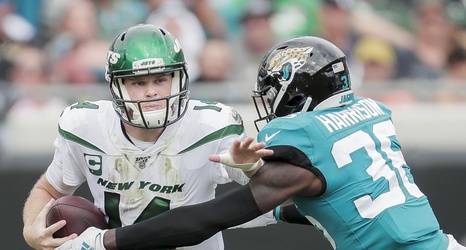 The Jaguars placed linebacker Myles Jack on the injured reserve list this week and will be without the former Pro Bowl star for the remainder of the season. On Sunday it was announced that safety Ronnie Harrison is questionable for Sunday’s game against the Los Angeles Chargers and could miss his second consecutive game due to a concussion.

If Harrison, who is in his second season with the team out of Alabama, misses the game on Sunday, then Andrew Wingard figures to step into his place once again and get his second straight start of the season.