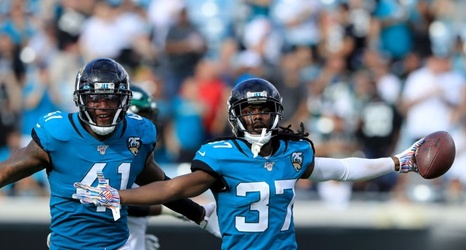 When you think of the Jacksonville Jaguars’ top cornerbacks on the roster right now, probably Shaquill Griffin or sophomore C.J. Henderson come to mind. Maybe rookie Tyson Campbell but one player that is getting praise ahead of the 2021 regular season is Tre Herndon. An undrafted free agent in 2018, the Vanderbilt product worked his way up the depth chart and has been a staple of Jacksonville’s secondary over the last two seasons.

Herndon played only eight percent of the Jaguars’ defensive snaps in his rookie campaign but his playing time went up considerably over the last two seasons.