Jaguars add a running back in round 4 of latest NFL.com mock draft 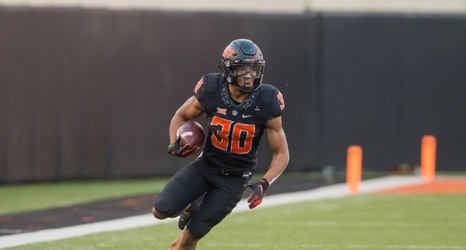 Chad Reuter, a Draft analyst for NFL.com, recently mocked Oklahoma State running back Chuba Hubbard to the Jacksonville Jaguars in the fourth round of his latest mock draft.

Chuba Hubbard took college football by a storm in 2019 when he rushed for 2,094 yards and 21 touchdowns during his redshirt sophomore year. Many analysts and scouts slated Hubbard to be a first or second-round draft pick in the 2020 NFL Draft but he chose to forgo his draft declaration and return for his redshirt junior season.