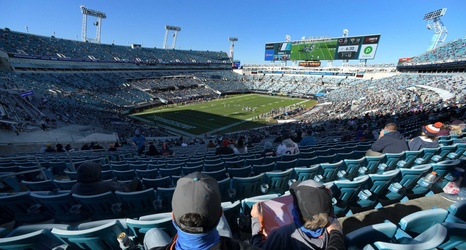 NASHVILLE, TN - DECEMBER 06: Fans of the Jacksonville Jaguars hold up a defense sign during a game against the Tennessee Titans at Nissan Stadium on December 6, 2015 in Nashville, Tennessee. (Photo by Frederick Breedon/Getty Images)

This has been a busy offseason for the Jacksonville Jaguars and the rest of the NFL. Since the start of the free agency period, the Miami Dolphins have made two trades, the San Francisco 49ers moved up nine spots, the Philadelphia Eagles dropped six spots, and the Carolina Panthers give up three picks in a trade with the New York Jets for quarterback Sam Darnold.