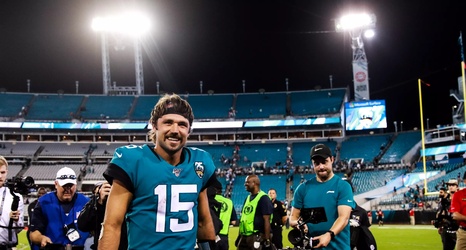 The Jacksonville Jaguars might have the steal of the 2019 NFL Draft on their hands in sixth round quarterback Gardner Minshew.

In Week 1, he won Rookie of the Week honors, completing 88% of his passes — an NFL record.

In Week 2, he drove down the field for a potentially game winning touchdown only to see the two point conversion fail.

And in Week 3, he capped off a record setting three-week start to the season by becoming the first rookie quarterback in the Super Bowl era to post a 73.