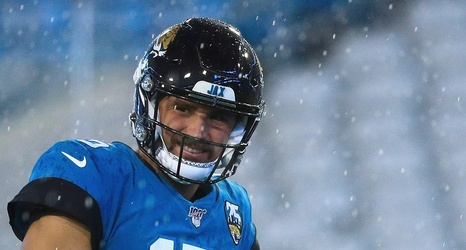 The Jacksonville Jaguars might have drafted a very good quarterback in Gardner Minshew.

What they definitely drafted was an insane quarterback in Gardner Minshew.

Before Minshew was playing with Mike Leach at Washington State, he was a backup at East Carolina. In an effort to play as much football as he could, he went in as a redshirt — that way he’d be able to play three seasons instead of two. But then the backup quarterback moved to running back and the starter went down and... we’ll just let Minshew tell the rest from his Pardon My Take interview:

It was my first year there.