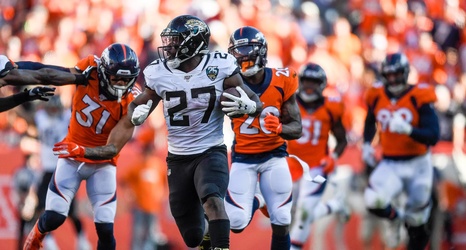 The Jaguars traveled to Denver on Sunday looking to break a spell of west coast misery on the road and for thirty minutes, it appeared that the seemingly unshakable curse on the franchise on trips left of the Mississippi would continue another season— then the 2017 Leonard Fournette walked out of the tunnel at the half.

Trailing 17-6 at half time, the Jaguars opened the second half with a 16 play, 77 yard drive that was a record time wise, consuming more clock than the team had on a drive since playing the Bills in 1998.