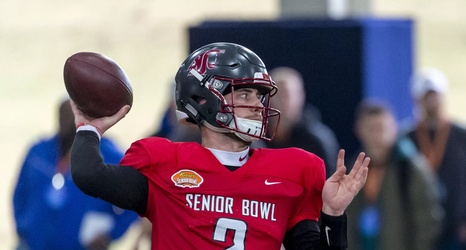 Could now-former Washington State University quarterback Anthony Gordon be a sleeper for the 2020 NFL Draft? While the air-raid quarterback is not expected to go high in this year’s draft, he could become a late-round steal for some team willing to take a chance, similar to last year when the Jaguars selected former WSU quarterback Gardner Minshew II.

While most eyes were on the big-time quarterbacks such as Oklahoma’s Jalen Hurts and Oregon’s Justin Herbert, Gordon took the stage and did not disappoint this week in Mobile. A former teammate of Minshew II, the quarterback best known for his quick-release tendencies performed admirably following an up-and-down start to his week-long job interview at the Senior Bowl.