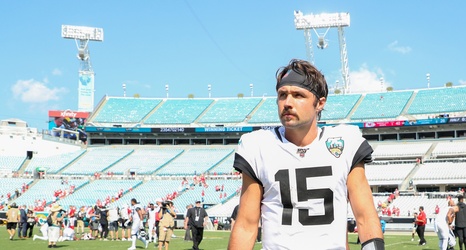 I can only imagine how Jaguars quarterback Gardner Minshew might react if he were standing at the podium at TIA Bank Field in front of the media and was told he made the FanSided 250.

The rookie with the swagger of a gunslinger would crack that smile that raises the killer mustache and tell those in attendance how thankful he was for the opportunity he has been given this season to play quarterback for the Jacksonville Jaguars.

And to come in at No. 31 on the list of sports figures is pretty high praise for a guy who wasn’t expected to play this season but was thrown into the fire in Week 1 of the NFL season, only to become a national cult hero for his look, his ability on the field and how he carries himself on a team that hasn’t had much to cheer about this season.