Blake Bortles Was Worst QB With No Pressure in 2014, According to Pro Football Focus 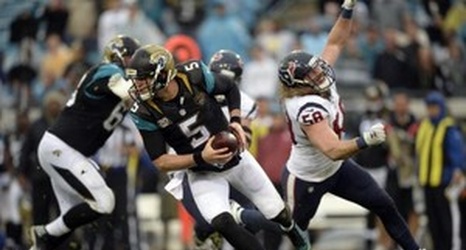 Jacksonville Jaguars quarterback Blake Bortles was the worst starting quarterback in the NFL last season by most statistical measures. He had the lowest passer rating (69.5) and the lowest total QBR (21.9) of any starting QB in the NFL.

There’s obviously more to it than just statistics, especially for a rookie quarterback who needed time to develop coming out of college, but Bortles clearly needs to improve by a noticeable margin in his sophomore season.

As far as advanced metrics, Pro Football Focus has a similar opinion of Blake Bortles. In 2014, Bortles received the the lowest overall grade of all QBs playing 25% of their team’s snaps (-38.