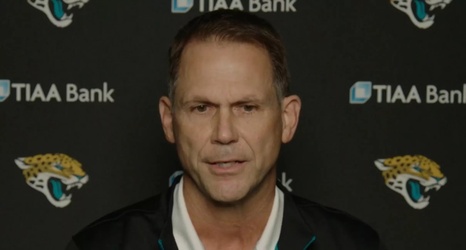 Yesterday, the Jaguars officially announced the hiring of a new general manager in former San Francisco 49ers GM Trent Baalke. Since the end of November of last year, Baalke served as the Jaguars’ interim GM, and prior to that was the team’s director of player personnel under former GM Dave Caldwell.

Now, with the team’s head coach and general manager officially under the fold, the Jaguars will continue on with the process of building up the team’s coaching staff surrounding Urban Meyer, with what he hopes, are some of the brightest minds in football.

Shortly after making the announcement, the Jaguars put Baalke, along with owner Shad Khan and Meyer, in front of the Zoom camera to hold his first-ever press conference with the local media, addressing plenty of questions surrounding the power structure within the organization, his philosophy, and how Baalke has changed over the years since being with San Francisco.