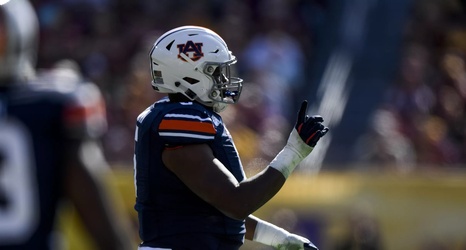 The Jacksonville Jaguars have some major assets over the next two drafts. The Jalen Ramsey trade earned Jacksonville a pair of first round picks that will likely fall in the middle of the NFL Draft and that means they have some ammunition to move up if need be.

Dan Kadar of Mocking The Draft thinks this year is perfect to use their second round pick to move up from the No. 9 overall pick and upgrade at defensive tackle while still sitting pretty with an additional pick at No. 20 overall.