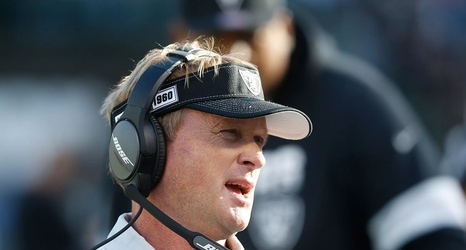 The Jacksonville Jaguars are currently 6.5-point underdogs against the Oakland Raiders — a line that has moved an entire point since just yesterday. That means people are betting on the Raiders and oddsmakers need to move the line to a place where it’s enticing for them to bet on the Jaguars.

This is all according to Bovada, who has the over/under set at 45.5 points.

Traditionally, the home team in NFL games are given a free three points and then the line goes from there, so this is saying that the Jaguars are somewhat evenly matched against the Raiders, but I don’t buy it.