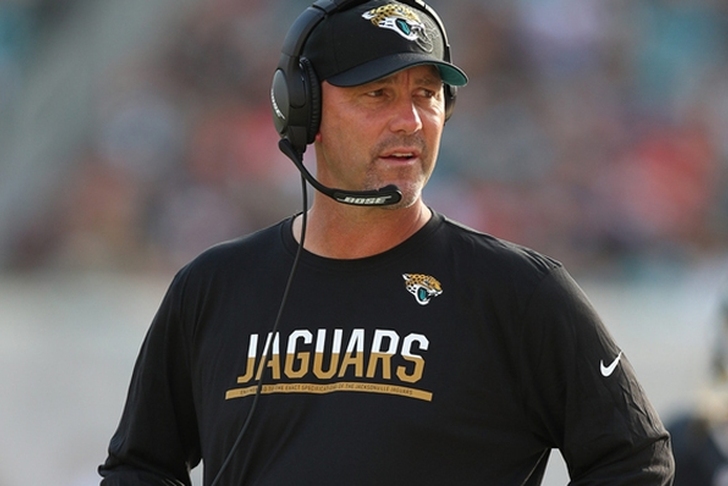 Gus Bradley relieved of his duties as #Jaguars head coach.

“I thanked Gus Bradley today for his commitment to the Jacksonville Jaguars over the past four seasons,” owner Shad Khan said in a statement. “As anyone close to our team knows, Gus gave his staff and players literally everything he had. Our players competed for Gus and I know they have great respect for him, as do I. Gus also represented the Jaguars, the Jacksonville community and the NFL in nothing less than a first-class manner as our head coach. That counts for a lot. It is unfortunately evident that we must make a change. I thought it would be best to do it immediately after today’s result so Gus can step away, relax and regroup with his family during the Christmas and holiday season.”

According to ProFootballTalk, the Jaguars had decided to fire Bradley this week, but waiting until after they lost to the Houston Texans on Sunday. General manager Dave Caldwell will remain in his position and oversee the coaching search.

The team has not announced who the interim head coach will be, but offensive line coach Doug Marrone is widely expected to fill the role.

The Jaguars were expected to do a lot of losing under Bradley as they rebuilt the franchise, but this was supposed to be their breakout year. However, a 2-12, Bradley posted just a 14-48 record in nearly four seasons. He never won more than five games in a season.