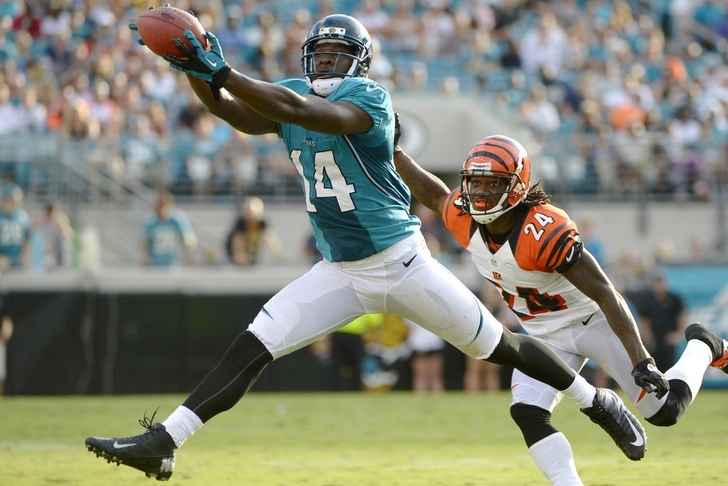 Jacksonville Jaguars wide receiver Justin Blackmon's future is in the hands of the NFL right now, after missing the entire 2014 NFL season due to suspension.

According to the NFL Network's Albert Breer, Blackmon is still making "progress," but he still has work to do to be reinstated by the league:

Was asked about Jaguars WR Justin Blackmon ... I'm told he's made progress, but still has a ways to go. NFL controls his situation for now.

Blackmon still has to satisfy criteria within the drug program, and then apply for reinstatement. Jags are hopeful, as owner Shad Khan said.

Owner Shad Khan is prepared to welcome Blackmon back with open arms if and when he satisfies the NFL drug program's criteria.

Per Ryan O'Halloran of the Florida Times-Union:

“Absolutely. As a matter of fact, I’m very optimistic. I think he’s paid his dues. I think he’s got his life together. I think he can be a role model for people who have gone through hard times. We’re waiting for him.”