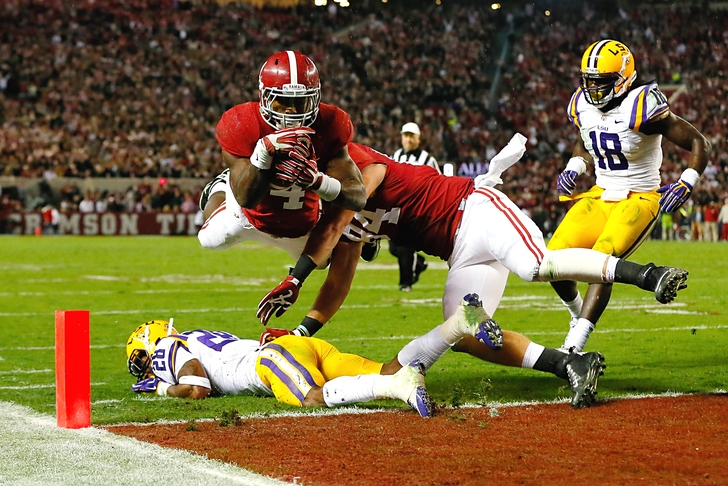 The Jacksonville Jaguars could look for a running back sometime in the first half of the 2015 NFL Draft, and former Alabama Crimson Tide standout TJ Yeldon could be the prospect they target.

According to several sources, Yeldon visited the team on Wednesday in what was reportedly a positive experience for both parties.

Here's NFL.com's Chase Goodbread with his analysis of how Yeldon could fit into the mix in Jacksonville:

The club has a need at the running back position, and Yeldon is among a deep group of running backs whom the Jaguars could strongly consider. Yeldon averaged more than 1,000 yards per season over three years at Alabama before, like Collins, declaring early draft entry as a junior. He is a capable receiver out of the backfield, as well, and didn't give way to a third-down substitute at the college level. An AFC scout told College Football 24/7 that Yeldon could potentially be the third running back drafted after Wisconsin's Melvin Gordon and Georgia's Todd Gurley. Jacksonville's second-day picks are No. 36 overall (second round) and No. 67 overall (third round).