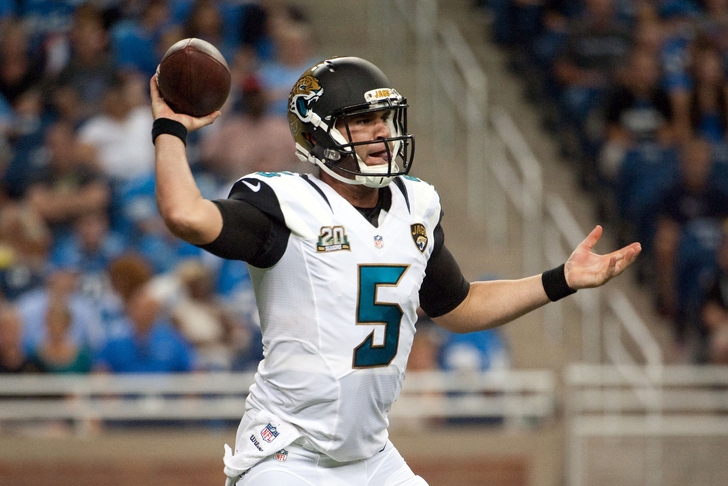 Former Oakland Raiders and new Jacksonville Jaguars offensive coordinator Greg Olson is used to working with young quarterbacks, having played a pivotal role in Derek Carr's impressive development with the lowly Raiders during his rookie season in 2014.

According to NFL Films gurd Greg Cosell, Olson may have to approach Blake Bortles' second season like he did Carr's first, focusing on the fundamental aspects of playing quarterback at the professional level.

Per Marc Sessler of NFL.com, "Cosell told WGFX-FM in Nashville that Bortles fell into bad habits in the process, suggesting coaches "probably need to start over with him with basics," per ESPN's Paul Kuharsky."

Bortles was sacked a league-high 55 times in 2014, so Olson will likely need to draw on the same type of program that helped him develop Jeff Garcia back with the 49ers in the early 2000s and Marc Bulger of the St. Louis Rams in 2006.