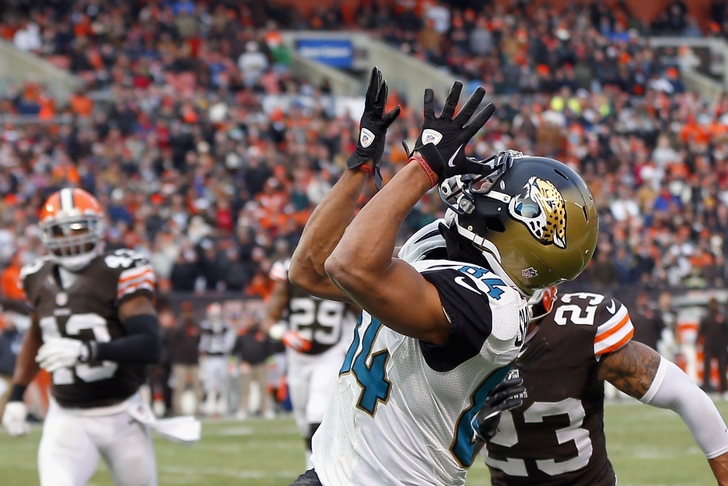 If the Jacksonville Jaguars allow wide receiver Cecil Shorts to walk into free agency as some NFL analysts believe they will, the Cleveland Browns could be right there to scoop him up off the market.

Per Vito Stellino of the Florida Times-Union, "according to cantonrep.com, Shorts is attractive to the Browns as a No. 2 receiver to Josh Gordon if Gordon stays with the team. If the Browns decide not to keep Gordon, Shorts could still be a good fit for them."

The Browns are attracted to Shorts' Cleveland roots and his "reasonably affordable" price tag, and could look to him as soon as the free agency market opens on March 10th.

On the Jags' side of the things, the team's rookie wideout trio of Allen Robinson, Allen Hurns, and Marqise Lee could ultimately make Shorts expendable, especially if Justin Blackmon returns from his drug suspension and slots into the team's plans.

If Jacksonville does pass up an opportunity to re-sign him, Browns head coach Mike Pettine likely wouldn't hesitate on opening up the lines of communication.

“He is a guy that I think gets overlooked," Pettine said of Shorts back in October. "Part of it is he’s missed some time because of injury, but when he’s out there, I think he’s an elite receiver in this league.’’