Jaguars NFL Draft Rumors: Everything You Need To Know Heading Into Draft Week 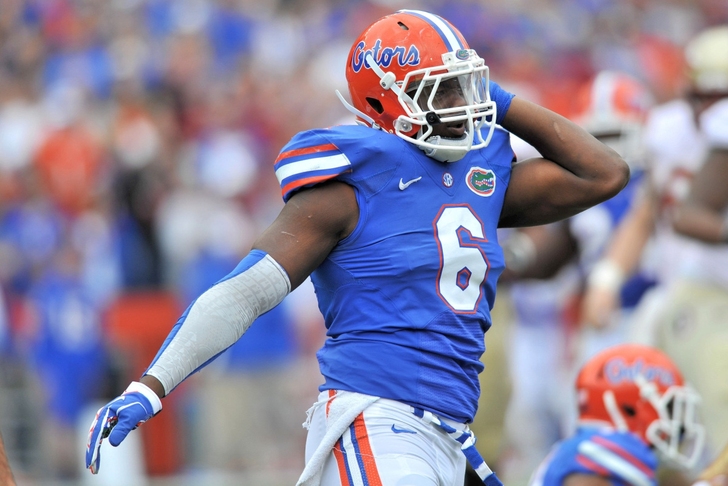 The 2015 NFL Draft is just a few days away, and there’s plenty of reason to be excited about the festivities in Chicago if you’re a Jacksonville Jaguars fan. Here’s our breakdown of everything Jaguars fans need to know heading into draft week.

One option potentially available to the team is Florida Gators defensive end Dante Fowler, who visited both the Jags and the Tennessee Titans (#2) before the draft.

“I’ve been talking to some teams, but I haven’t really done any visits just because of my pro day and how far it was pushed back,” Fowler said, via NFL.com. “But my schedule is going to be really busy after my pro day. The day of my pro day, or the next day, I have to go to the Jaguars, then after that, I have to meet with the Titans. Then, some other teams. Things will start picking up for me.”

Tennessee is expected to pick either Oregon QB Marcus Mariota or USC DT Leonard Williams with the No. 2 overall pick, and the Jaguars have circled Fowler as a top target if he falls to them. Picking up a talented rusher on the edge could be a huge boon for a Jags pass defense that struggled creating turnovers in 2015.

The Jacksonville Jaguars could look for a running back sometime in the first half of the 2015 NFL Draft, and former Alabama Crimson Tide standout TJ Yeldon could be the prospect they target.

According to several sources, Yeldon visited the team on Wednesday in what was reportedly a positive experience for both parties.

Here’s NFL.com’s Chase Goodbread with his analysis of how Yeldon could fit into the mix in Jacksonville:

The club has a need at the running back position, and Yeldon is among a deep group of running backs whom the Jaguars could strongly consider. Yeldon averaged more than 1,000 yards per season over three years at Alabama before, like Collins, declaring early draft entry as a junior. He is a capable receiver out of the backfield, as well, and didn’t give way to a third-down substitute at the college level. An AFC scout told College Football 24/7 that Yeldon could potentially be the third running back drafted after Wisconsin’s Melvin Gordon and Georgia’s Todd Gurley. Jacksonville’s second-day picks are No. 36 overall (second round) and No. 67 overall (third round).