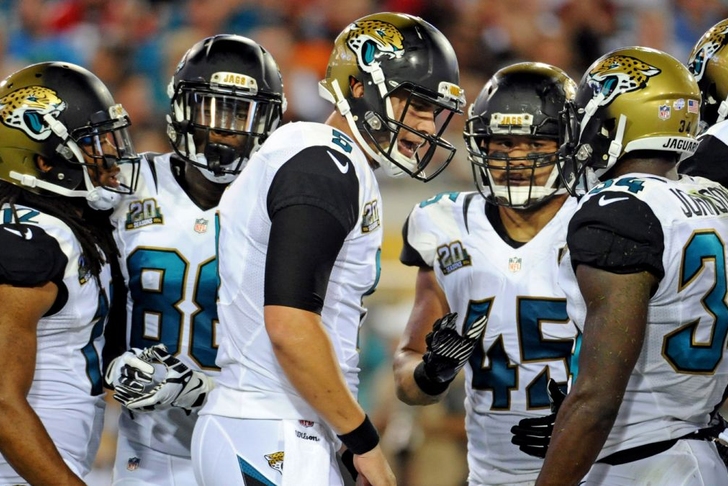 The Jacksonville Jaguars have been at the bottom of the NFL for many, many years, but this young team looks like they're on the path to playoffs in the foreseeable future. Here are three things they need to do to make that leap sooner than expected:

Jacksonville had perhaps the best draft in the league, and even though Florida DE Dante Fowler Jr. tore his ACL in rookie camp, Alabama RB T.J. Yeldon, South Carolina OL A.J. Cann, Ohio State DT Michael Bennett, and Florida State WR Rashad Greene are all expected to have major roles right away. All have the potential to be long-term starters in this league, and if they can have a big impact sooner rather than later, Jacksonville will be really good.

Jacksonville has gone all in on Bortles as their franchise quarterback, and he showed flashes of brilliance in between his struggles during his rookie campaign. Now that he’s going through his first offseason as a starting quarterback in the NFL to work on his game, he is poised to take the next step in 2015, and if he does, the Jaguars will be much improved.

However, the biggest reason Bortles should have a great year in 2015 is the arrival of Julius Thomas, who finally gives the Jaguars an elite threat in the passing game. He isn’t the greatest blocker in the world, but he’s a matchup nightmare over the middle and should take Jacksonville’s offense to the next level. The Jaguars desperately need that if they want to compete for a playoff spot.