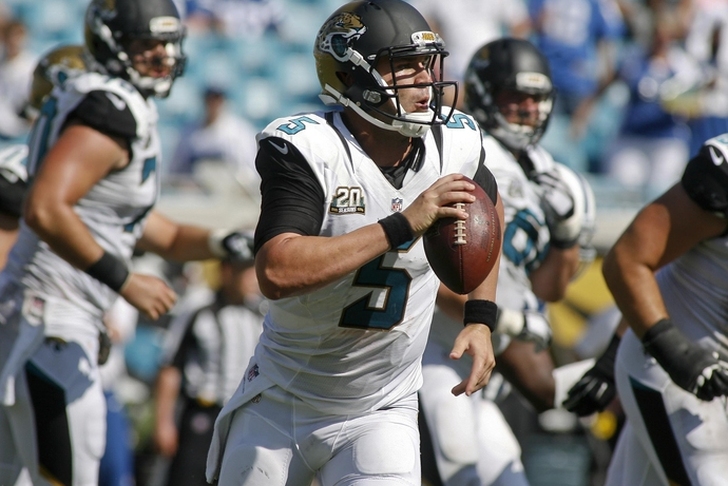 The Jacksonville Jaguars are building, but they aren't quite there yet. They've got some intrigue long-term pieces from a fantasy football perspective, but the majority of the players aren't worth investing a high draft pick on yet.

Bortles was a rookie last year and looked like one. I much prefer Teddy Bridgewater and there isn't any reason to draft Bortles in a standard league. Even in a two-QB league, he's only a backup.

Yeldon will likely be the starter, but he's just a rookie. I don't fully trust him as anything except a Flex, but he could be a RB2 this year.

Robinson flashed some potential last year, but will probably take a back seat with Yeldon in town. He'll get some carries as a backup, but not enough to justify spending a draft pick.

Robinson flashed potential before going down with an injury. The upside is there, but he's probably worth monitoring instead of drafting.

I like Lee, but he's likely a year or two away from having a real impact.

Hurns had two massive games last season, which accounted for over 40 percent of his fantasy points. He's not worth drafting until he develops consistency.

Thomas missed four games last year, but caught 12 touchdown passes on only 43 catches. He finished seventh among fantasy TEs. He's tough to trust this year. Banking on TDs is always dangerous, and going from Peyton Manning to Blake Bortles is a downgrade.

Keep it here for all your Fantasy Football needs and Jacksonville Jaguars news.