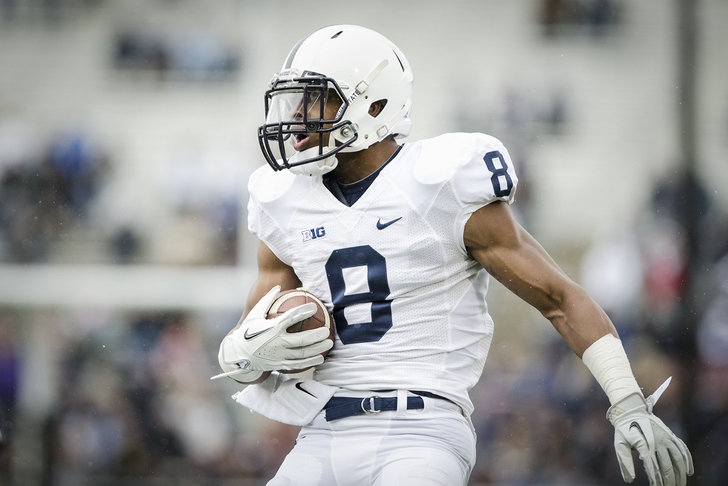 With the 61st overall pick in the 2014 NFL Draft, the Jacksonville Jaguars have selected Allen Robinson out of Penn State.

Robinson was the Nittany Lions’ go-to receiver for the second straight year in 2013, posting a team-high 97 catches for 1,432 yards and six touchdowns in twelve games (eleven starts). He also became the first receiver in at least three decades to lead the Big Ten in receptions and receiving yards in back-to-back years.

Robinson’s size is his biggest asset, and he uses that size to both create separation and increase the margin for error for whoever is throwing the ball. Robinson can beat press coverage easily due to his excellent ability to release off the line, and he has the strength and moves to create yards after the catch on broken plays.

Check out Robinson's highlight video for a closer look into what he brings to the Jags :

For all the latest Jacksonville Jaguars draft news, check out our draft page.