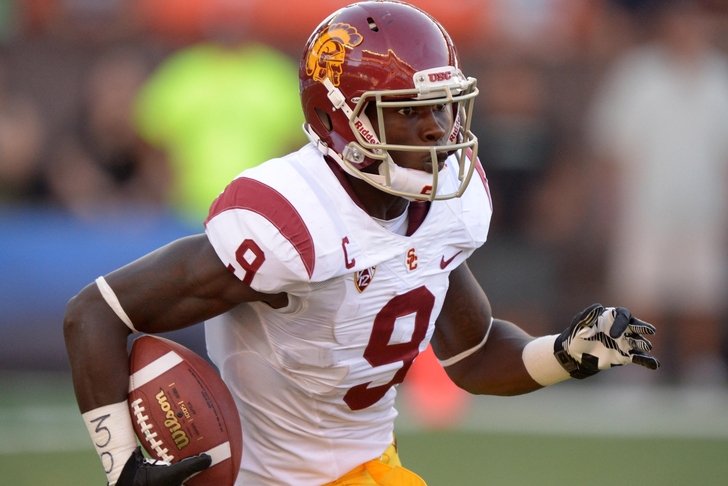 With the 39th overall pick in the 2014 NFL Draft, the Jacksonville Jaguars have selected Marqise Lee out of USC.

Marqise Lee won the Biletnikoff Award, Pac-12 Offensive Player of the Year, and the Paul Warfield Award after a breakout 2012 campaign -- continuing to impress as the USC Trojans’ leading receiver in 2013. The USC team captain posted 57 catches for 791 yards and four touchdowns last season, along with adding in 10 kickoff returns (16.4 ypr) and 8 punt returns (5.8 ypr). Lee showcased his top-class jumping ability at the Combine with a 127-inch broad jump.

Lee’s athleticism makes him a big-play threat after the catch, and his intelligent route running gives him the separation necessary to use that athleticism to his full advantage. Lee is very smart at reading defensive coverage in both man and zone, using top-notch acceleration to outpace defensive backs when he is ready to show intent-to-catch. Lee is ball-savvy and has the drive necessary to compete at the NFL level.

Check out Marqise Lee's highlight video for a closer look into what he brings to the Jags:

For all the latest Jacksonville Jaguars draft news, check out our draft page.