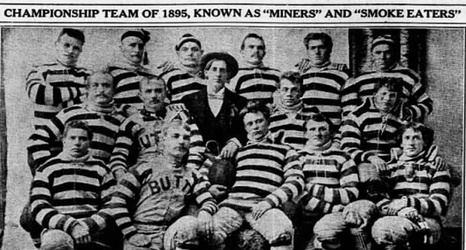 September 1895 featured very high temperatures in Ames. In fact, the Ames Intelligencer1 reported the weather differences between Ames and Butte City: “Yesterday (September 11) was one of the hottest days of the year, and at last accounts it was snowing in Butte.” Not to worry though, as the gameday temperature was 38°F in the morning and 60° by the evening.

The Cardinals (this is prior to our engagement with Northwestern) started their train trip at 11 a.m. on Thursday the 12th in an attempt to catch the Union Pacific Overland Route in Omaha.