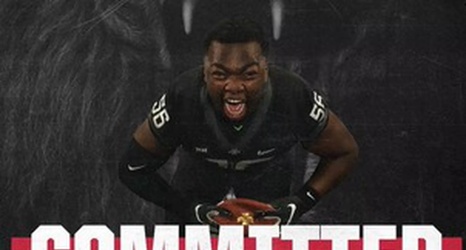 Willis Singleton, a three-star defensive lineman from Warren Township, IL (north side of Chicago) has committed to Iowa State over offers from Illinois, Cincinnati, Louisville, Michigan State, some garbage dump in eastern Iowa, and a host others. Willis is a top 100 defensive tackle in the nation, and a top 25 recruit in his home state.

At 6’1” 301 lbs, Singleton has a body built for the nose tackle position, which Iowa State is needing to replace following the departure of Ray Lima after this season.