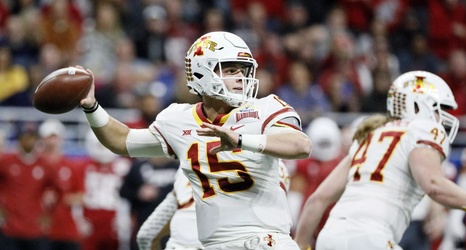 Matthias was joined by Levi for this week's edition of the Wide Right and Natty Litecast. On this week's episode the guys briefly discussed Tyrese Haliburton's final showing on the FIBA U19 World Cup and what that may mean going forward for Iowa State Basketball. Late last week Iowa State released their non conference schedule for next season. Levi remains confused about the Oregon State series. The Beavers who have been historically bad basketball program is now a home and home series for Iowa State over the course of the next two seasons. The Cyclones will also participate in the Battle For Atlantis tournament where they will once again face some stiff competition.