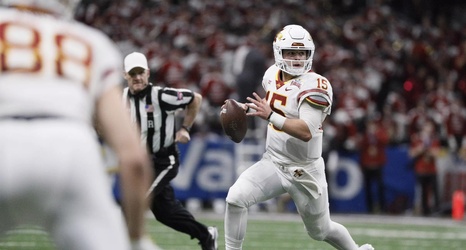 Iowa State has had 14 different starting quarterbacks since 2005.

This is a well-known fact often used to point to the hopeless state of the program (well, at least in the past) and a statistic that I’ve often thought about. The lack of consistency that the Quarterback’s room has shown over that span of time has been a major factor as to why this program has not had sustained success.

Case in point: Alabama has had 9 total starting QB’s since 2005. Ohio State has had 7. Oregon has had 7. Michigan (surprisingly) had 12. But the point still stands.