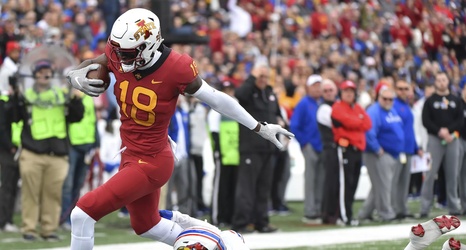 The top ten is finally upon us! We have seen a lot of great Cyclones over the past few weeks and now the list keeps getting stronger and stronger. This week has a ton of offensive firepower, coupled with one of the all time greats on the Cyclone defense. We’re just a little over a week from the Northern Iowa game, and that means the top five will be released next week. Before that happens, let’s take a look at the top ten!

Kelechi Osemele had offers from Houston, Missouri, Rice, TCU and UTEP as a three star prospect (Rivals) from Langham Creek, but chose to come to Ames to play for Paul Rhoads.