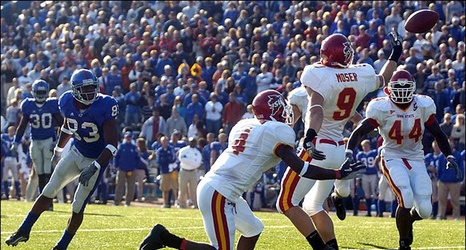 We are another week closer to the season opener against Northern Iowa. That means it is time for our third group of the 50 Greatest Cyclone Football Players of All Time. This week, we unveil spots 40-36. This weeks group has a common Dan McCarney theme as well as another current Cyclone defender that has help paved way for the Matt Campbell era thus far. Let’s take a look at spots 46-36.

Stevie Hicks was a very talented running back for Iowa State, though we may not have even seen his fullest potential due to the injury setbacks he had during his time in Ames.