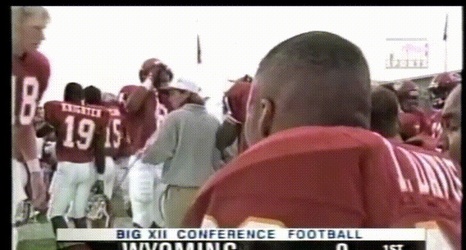 The list is starting to fill out with some major star power and this week is no different. This week we have a done of Cyclone defensive legends, including one that made the switch from quarterback to linebacker. You may have heard of him. Oh and we have a full time quarterback as well this week. We find ourselves in the top 15 of the Top 50 Greatest Cyclone Football players list as we are officially two weeks away from the first week of the 2019 season. Let’s get into the list for this week!

Jake Knott was the first commitment under Paul Rhoads when he began his head coaching career at Iowa State, and was one of the main reasons that Paul Rhoads had some immediate success in Ames.