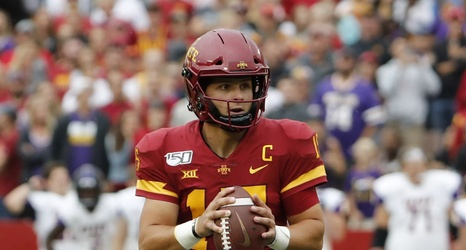 Cyclone fans everywhere were hoping this team would buck the trend of slow starts on offense. In the end, replacing the production of important pieces like David Montgomery and Hakeem Butler was too tall a task for game one of the 2019 season.

That said, the offense did move the ball well for the entirety of the football game. All but one drive (the second) ended at midfield or in UNI territory. The Cyclones racked up 26 first downs, going 7-18 on 3rd down (39%), and had 463 total yards (~400 in regulation). They also had the ball for 32 minutes, and were on offense for nearly the entire 4th quarter.