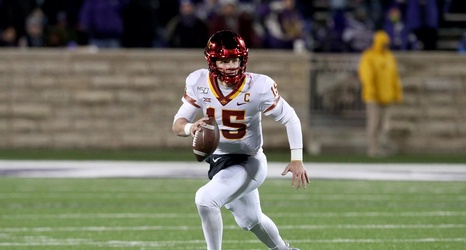 A fitting end to a season that just had a lot of misfires and mental errors.

Iowa State has been relatively disciplined this season, coming into the game ranked sixth in the country in fewest penalties. That all went south this week, as Iowa State committed 8 penalties for 55 yards, each one more drive-killing than the last. The Cyclones dropped out of the top ten for both penalties per game and yards per game. Six of these were false starts, which set up for a lot of 3rd and longs that would kill ISU drives.