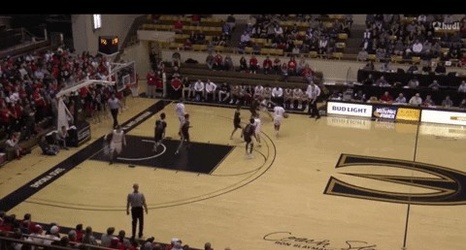 Caleb Grill is fourth player in Iowa State’s 2019 recruiting class. He was previously committed to South Dakota State under former Iowa State assistant, TJ Otzelberger. Otz left for UNLV, which was in Grill’s top 3. However, he chose Iowa State over the Running Rebels and K-State.

Grill is a 6’3, 180 pound point guard from Maize, Kansas. Since his commitment to Iowa State, he has jumped from #497 in the 247sports composite rankings, up to 165. A boost that is well deserved after watching his film.

Grill will enter a fairly open back court in his freshman year.