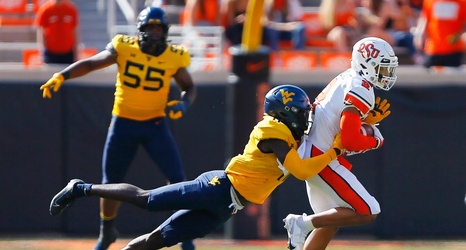 The Oklahoma State Cowboys have a plethora of offensive weapons per usual, with Chuba Hubbard and LD Brown in the backfield and while healthy, Spencer Sanders behind center. I believe what makes Mike Gundy’s offense go is star senior receiver Tylan Wallace.

Wallace surprised many by returning for his senior season, as he likely would’ve been picked in at least the first three rounds of the NFL Draft. So far it is paying off for him, as he has 19 catches for 325 yards and two scores through only three games for OK State this season.