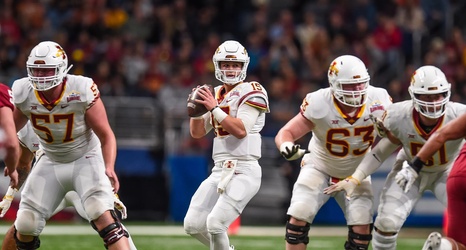 Oklahoma(#4) and Texas(#10) join Iowa State as the other Big 12 teams beginning the season in the poll. The team out east is also ranked #20 in the initial poll.

Iowa State opens the season on August 31st at 11am against Northern Iowa. The game will air on FS1.