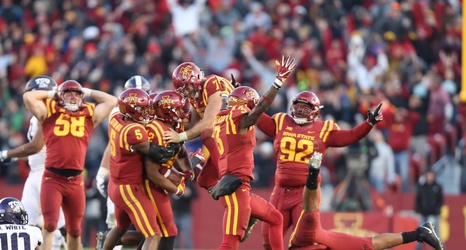 In a surprise to most of rabid Cyclone fans across the Heartland, Iowa State has been selected as the third best team in the Big 12.

That’s third, as in a top three best team in the conference.

In any other season this would be a shock and awe moment for Iowa State football but in a year coming off big regular season wins and even a heartbreaking bowl loss, this almost feels cathartic for Cyclone Nation. It’s unfamiliar territory but also, seems as though people agree — This is a team that is ready to make the leap up and into real relevancy.