Iowa State, Not Iowa, Should Be Considered “Tight End U” 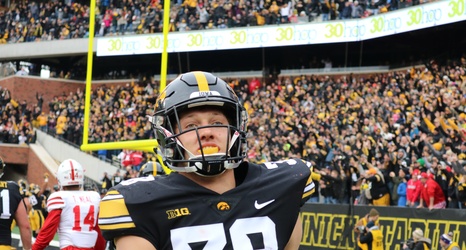 If it weren’t for this article by Hawk Central on Des Moines Register, I’d limit the scope of this to the Hawkeye tight ends that I knew, which would’ve been just Dallas Clark to T.J. Hockenson.

HOWEVER, Hawkeyes from before I was born will probably be mentioned, as will Cyclones.

Clark, like Bibbs, only played two seasons (2001-2002 and 2013-2014 for respective players), but had the benefit of Heisman runner up Brad Banks in his senior campaign and only managed 81 receptions and eight touchdowns (oh and 0-2 against Iowa State)?