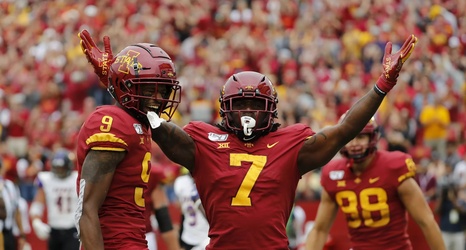 Rise and shine, Cyclone Nation! Iowa State football is back in Ames, Iowa. After a disappointing end to the Alamo Bowl, the Cyclones return a vast majority of their starters on both sides of the ball, and with head coach Matt Campbell leading the charge, many suspect a possible run at the Big 12 Championship Game come the end of the season. But before one could even think about that, Iowa State would need to take on their first in-state opponent of the season, Northern Iowa. UNI usually plays Iowa State really tough, and this game was no different…

Now, now, now, I know what you might be thinking.