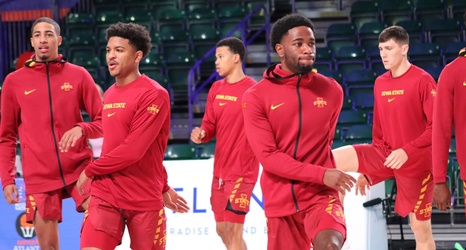 Iowa State took on unbeaten Michigan in the opening game of the Battle 4 Atlantis tournament on Paradise Island in Nassau, Bahamas.

The game started out with just about everyone getting involved on the offensive end. All five starters had at least two points less than six minutes into the game. The Cyclone’s offensive explosion led to a quick 17-6 lead over the Wolverines.

The Cyclone’s second unit would then struggle on the defensive end letting Michigan get back into the game–taking a 22-21 lead with less than 10 minutes left in the half. Fortunately George Conditt’s four points was just enough offensive production to keep the Cyclones close.