For Matt Campbell, the 2019 season is about managing expectations 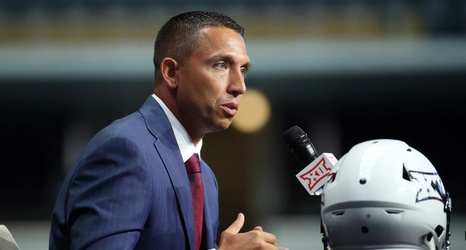 To put it kindly, we’re sort of in uncharted waters here. You’d be be hard pressed to find any previous season in Cyclone football history that carried a weight of expectations similar to the 2019 season. Even during the best of previous seasons, the Cyclones never garnered the level of national media attention they’re getting right now (aside from the beginning of the 2002 season when Seneca was getting some pretty real Heisman hype, though that attention was more individual than team-based).

“I think one of the greatest things that’s been known when I first got to Iowa State all of the questions were what color uniforms are you wearing, what’s your entrance song, people cared about stuff that really doesn’t matter, and now we’re talking about a football team, we’re asking football questions and we’re concerned about what’s really important,” said Campbell at Big 12 Media Days in Dallas.