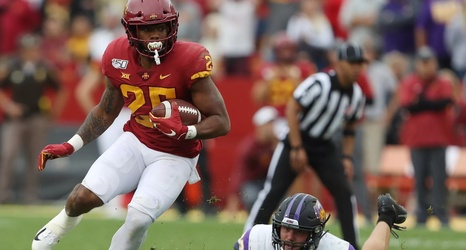 Today marked the first day of the 2019 season for Iowa State as they hosted in-state rival Northern Iowa for the third showdown between Matt Campbell and the Panthers.

The Cyclones got off to an incredibly slow start. The Cyclone Slayer, Mark Farley has beat the Cyclones three times in his career at UNI. The 21st ranking for the Cyclones didn’t do much to intimidate the Panthers who were looking to play spoiler all day.

Anytime the Cyclones would get things rolling on offense it would be quickly derailed. Michael Oher’s critically acclaimed movie “The Blindside” got a name drop early in the first half by the refs which costed the Cyclones 15 yards on an unprecedented ‘blindside block’ which would halt their first drive.