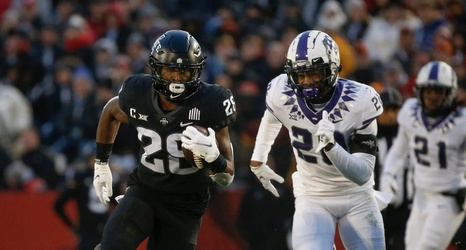 Breece Hall has been selected by the New York Jets 36th overall in the second round. He will pair with Garrett Wilson and Zach Wilson to revamp the Jets’ offense.

The Jets made a trade with the New York Giants to select Breece Hall before other running back needy teams could. The Jets have had a nice draft so far and have added to it with the addition of Breece Hall.

Stay tuned to WRNL as we will evaluate Breece’s situation later on. More Cyclones to be drafted later on.