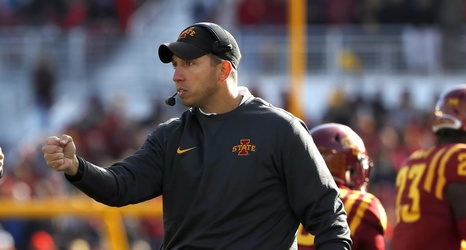 College football fans across the country are learning what Cyclone fans have known since day one of the Matt Campbell era: Iowa State has found themselves a great football coach.

Toledo fans knew this to be true long before Cyclone fans did, as evidenced by his 35-15 record and 2 MAC West Division titles. And though he walked into a great situation at Toledo, one rebuilding season was all that was needed to resurrect an Iowa State program mired in mediocrity.

The 2019 off-season has dropped national relevancy and meaningful expectations on the doorstep of Cyclone fans for the first time in over a decade.