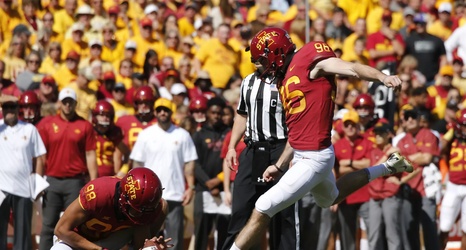 Well folks, we have reached the end of the Wide Right & Natty Lite position group profiles. The Iowa State special teams group is largely the same as it was last season but will be leaned on to perform better than it did during the 2018-19 season.

After being led by Joe Houston for the past few seasons, Matt Campbell announced that Houston would be moving off-the-field in taking a quality control position, before Houston eventually left for Alabama. Moving forward, it appears that the entire staff, including Campbell himself, coaches this position group.