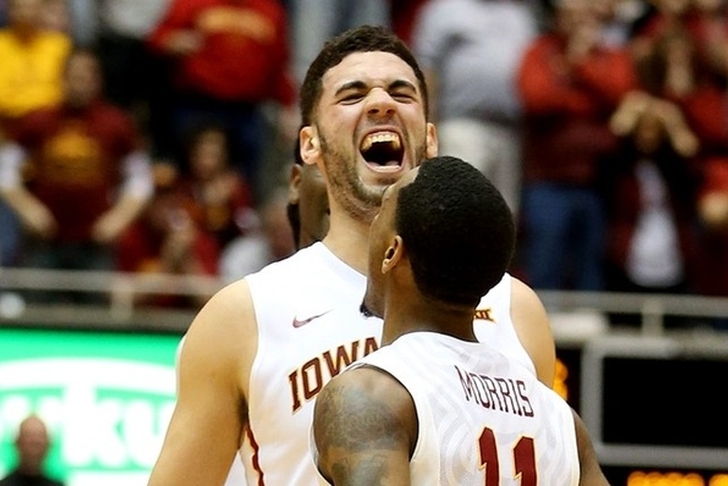 The Iowa State Cyclones made up for last year's first-round loss to UAB with a domiant performance this year, beating Iona 94-81.

Many had this circled as a potential upset due to Iona's up-tempo, defensive pressing style of play, but the Cyclones never had a problem with it. After the Gaels took a 5-0 lead, Iowa State reeled off a 11-0 run to take the lead - and never gave it back.

ISU steadily built and maintained a double-digit advantage in the first half, leading by as many as 14 points, and held a 45-33 lead at the half.

The Cyclones' lead ballooned to as many as 18 points in the second half, but the Gaels made a late run to really put a scare into Iowa State. Iona made a 24-13 push to cut the lead to seven with just under two minutes to play, then senior guard A.J. English's technical foul cut that run short and gave all the momentum back to ISU.

Senior Georges Niang led the way for Iowa State, as he has all season, dropping a team-high 28 points to go along with six rebounds and three assists. Monte Morris (20 points, eight assists) and Abdel Nader (19 points) also had big nights for the Cyclones.

English (28 points, six rebounds, six assists) and Jordan Washington (26 points, 12 rebounds) had huge nights for the Gaels, but only three other players scored in the game - and no one else hit double figures.

Iowa State now advances to play the winner of (5) Purdue vs. (12) Arkansas-Little Rock on Saturday.