Too Much of a Good Thing: Making Sense of Iowa Basketball’s Scholarship Distribution 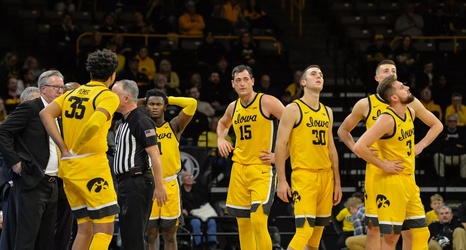 As much fun as Iowa basketball has been this season, Hawkeye fans can be forgiven if they occasionally find themselves looking ahead to next year. While the Hawkeyes will lose Ryan Kriener and Bakari Evelyn to graduation, they are set to return every other contributor from this year’s team, along with three injured players (Jordan Bohannon, Jack Nunge, and Patrick McCaffery) who were expected to play major roles on this year’s squad. Iowa also has five incoming freshmen arriving on campus next year who will have a shot to work their way into the rotation:

Iowa is set to have an incredible number of talented players on its roster next season.